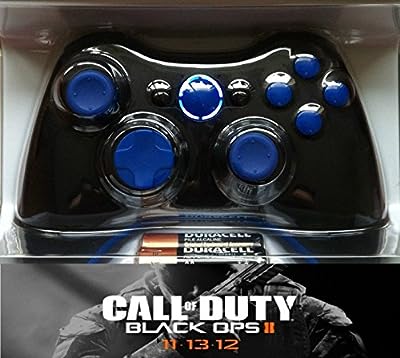 Price: £100.00
Availability: IN STOCK - View More Details for Customisation Options And Current Price
View More Details And Buy
Product Information (more info)
5 1
CERTAIN CONTENT THAT APPEARS ON THIS SITE COMES FROM AMAZON SERVICES LLC. THIS CONTENT IS PROVIDED 'AS IS' AND IS SUBJECT TO CHANGE OR REMOVAL AT ANY TIME.

This controller will work with all the Call of Dutys including the new Black Ops 2, Ghosts and Advanced Warfare game.